Our new topic has been all about Transport and we have been reading the story Naughty Bus.

The children have loved exploring the pages of this book and we have been looking closely at how the words are written on the pages.  We noticed that some of the words were blurry and Hudson said this was because the bus was going so fast.  The letters in the word building were all different sizes and Joe said this made them look like a row of buildings.  Super observation guys!!

In Maths we have been measuring different buses using cubes.  We have been using the language longest and shortest to compare the buses.

In the Design Area we worked together to make our very own Naughty Bus.  We thought of all the things that a bus had and thought about which materials would be the best ones to use and why.

The children noticed that the milk lids that we had in the Design Area were too small to use for the wheels so instead they decided to make their own. The children drew around some circles onto black card to make the wheels.

Evie found lots of different ways to represent the number 5 thats he could see on the bus in the number area.

Layla was able to place the laminated buses in order from lowest to highest and then placed the missing numbers into her number line using the bean bags.

Layla was able to place the laminated buses in order from lowest to highest and then placed the missing numbers into her number line using the bean bags.

We continued this outside by building our own race track on the path.  We used the sloping blocks to create a ramp then raced the cars down the track and marked if they came 1st, 2nd or 3rd.

When we began reading the Naughty Bus we talked about what he looked like and how he felt throughout the story.  The children are getting really good at thinking about feelings.

You might be wondering why Nemo is driving the bus.  This is a game the children like to play called ………………………… yes you’ve guessed it Finding Nemo.  I hide Nemo all over the classroom and the children enjoy discovering where he turns up next.

We have been drawing pictures from the Naughty Bus story and writing sentences to go with them.

Next week we will be reading another story called The Train Ride. 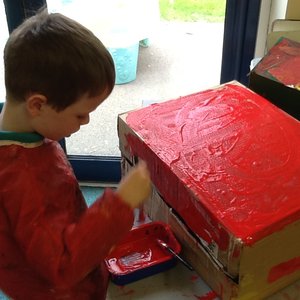 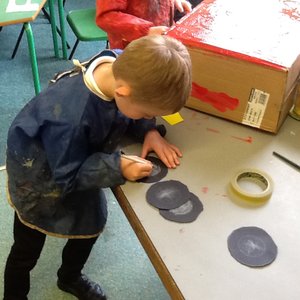 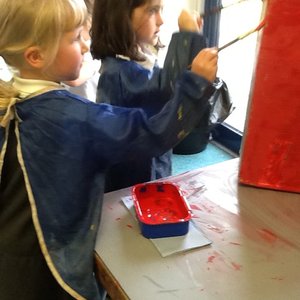 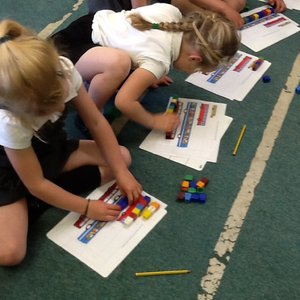 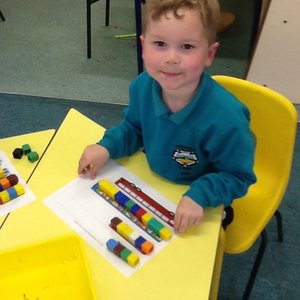 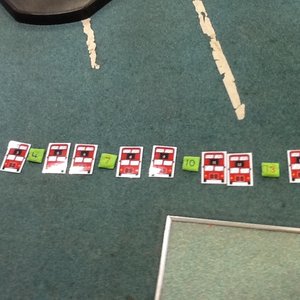 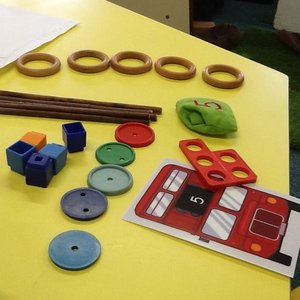 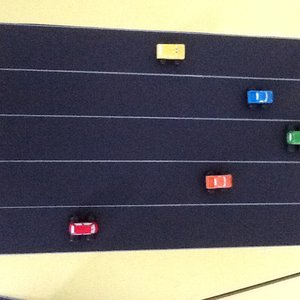 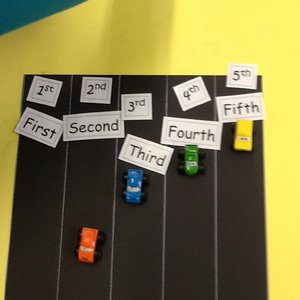 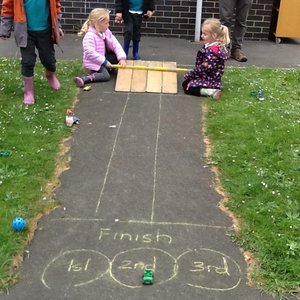 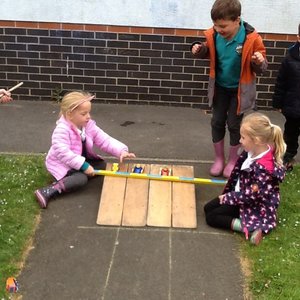 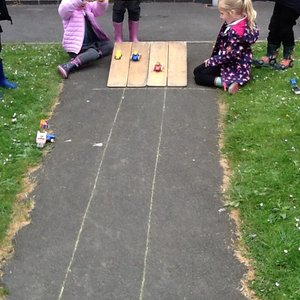 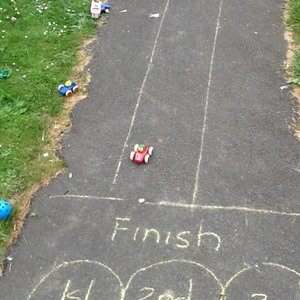 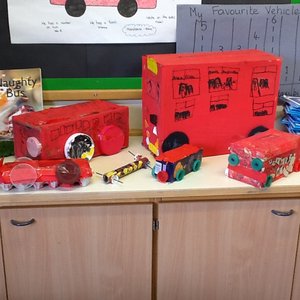 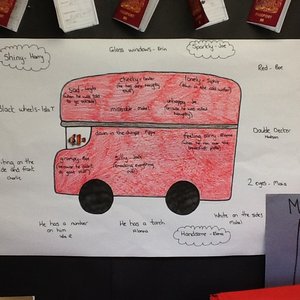 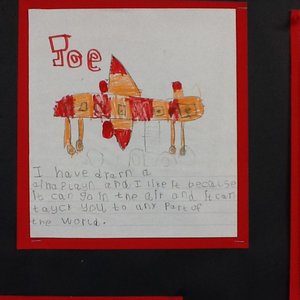 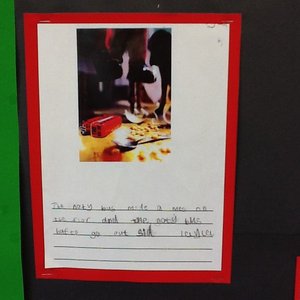 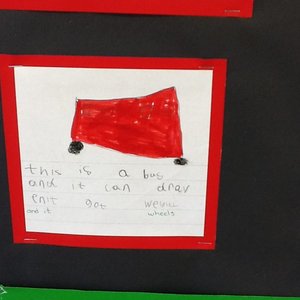 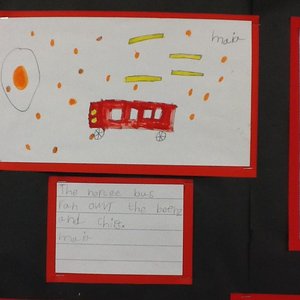 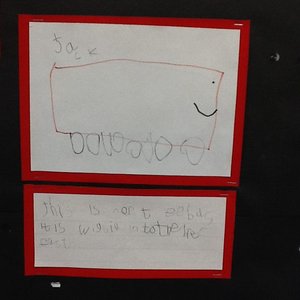 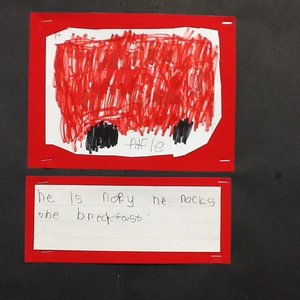 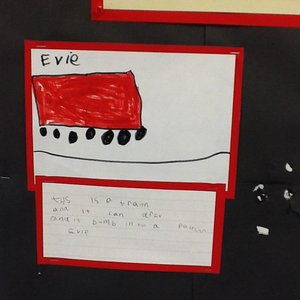