As the theme for S.A.W. week was ‘Epic Earth’, we decided to find out all about volcanoes.

We watched a really exciting video and then worked collaboratively to make volcanoes using plastic bottles, newspaper and glue. After leaving them overnight to dry, we painted them to look like active volcanoes.  We also wrote instructions to tell others how to make erupting volcanoes.

After watching the volcano film, we used some technical vocabulary as well as some great descriptions to compose poetry.

Using a range of different materials, we created some explosive collages. 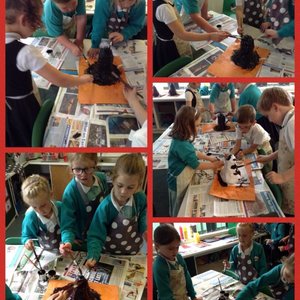 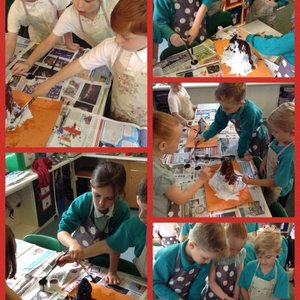 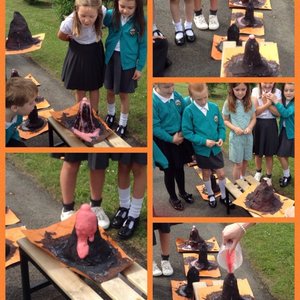 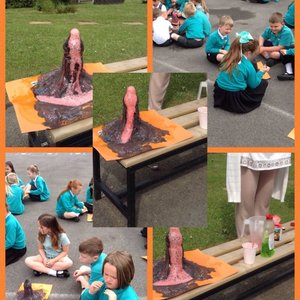