Creating our own digestive system! 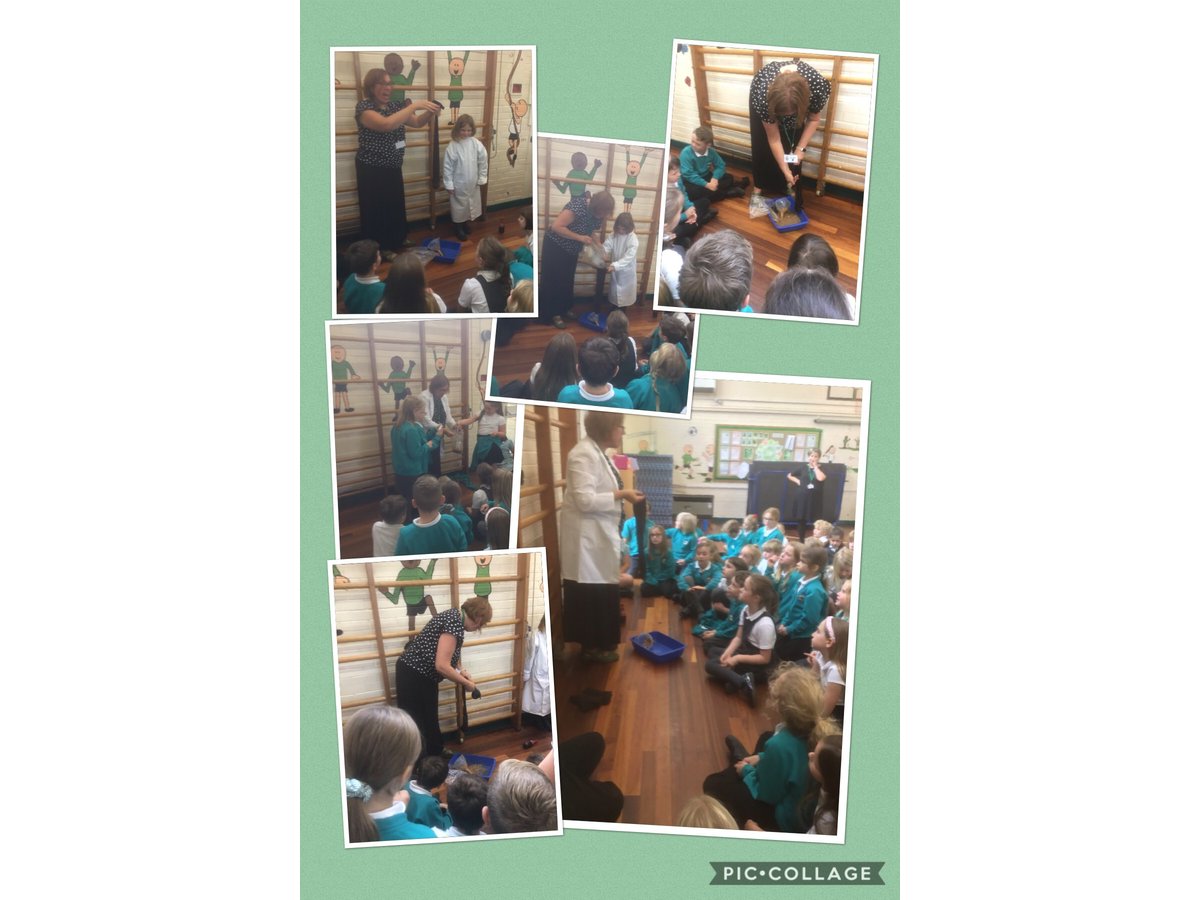 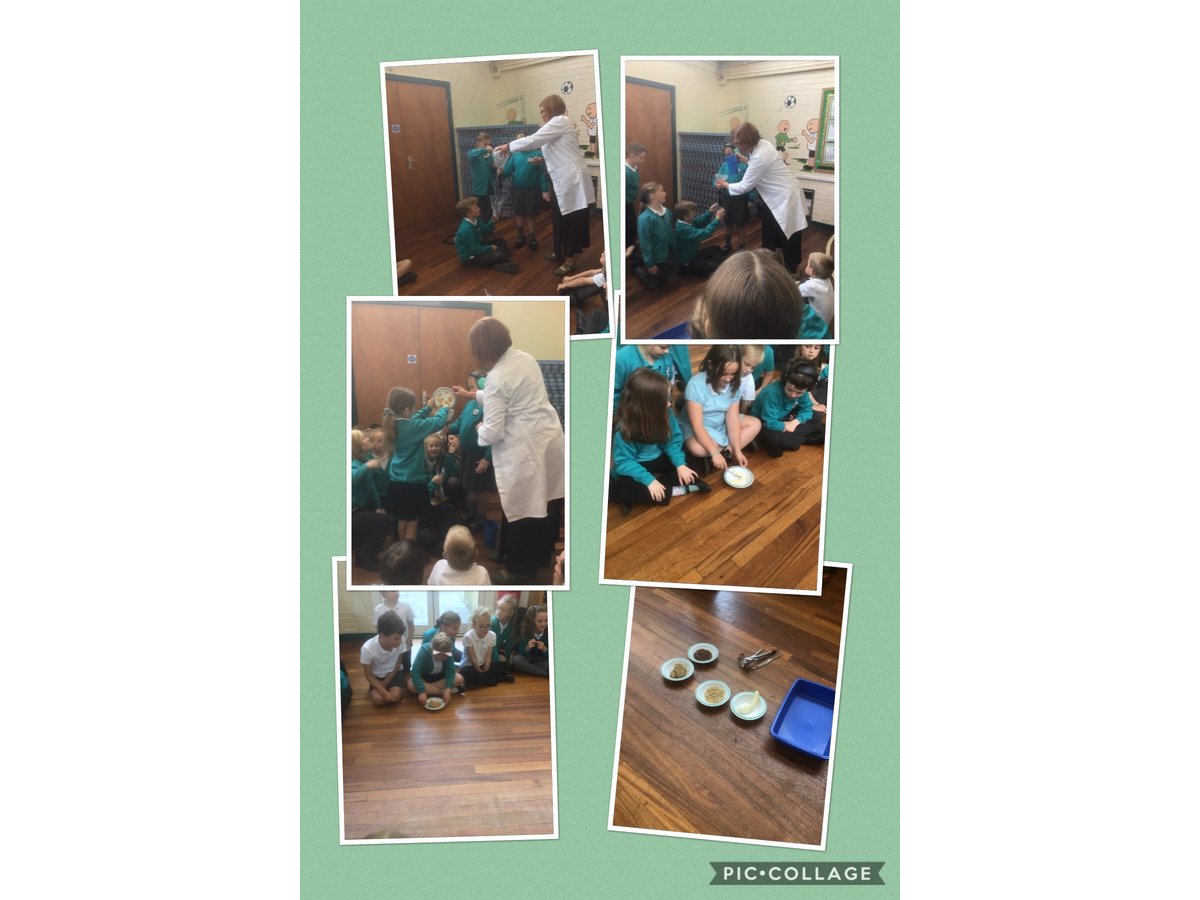 First, we used a knife and a potato masher, to act as teeth to cut up and mash a banana. We then added some orange juice to the mixture. The children poured the liquid into a plastic tube which acted as the esophagus. Next, they squashed the food down into a plastic bag which became our stomach. After that, we added acid or vinegar and bile or food colouring to the stomach. This showed how the food is digested in the stomach. Next, we poured the liquid into some tights which became our large intestines. The substance was then squashed, pushed and moved down the tights where all of the water was drained out. Finally, we were left with the waste product. The children were amazed by the digestive process and had lots of fun getting hands on during their science lesson.