Today Jean Banwell, an archeologist  from the Cleveland Ironstone Mining Museum, visited the class. She talked about how people survived throughout different periods in the Stoneage. The children then pretended to be archeologists and were presented with the remains of a Woolly Mammoth, Moufflon, Woolly Rhinoceros and Aurochs, They then sketched and measured the artefacts that had been found to record their findings. The class also discovered how homes were built and then tried to guess what the different stone age tools were used for. It was a fabulous session and now some of the children would like to be archeologists themselves! 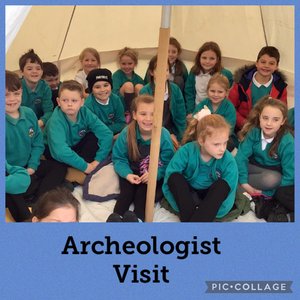 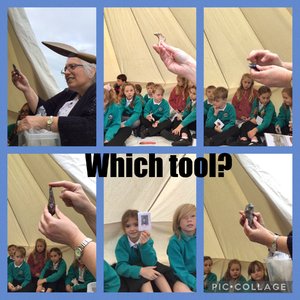 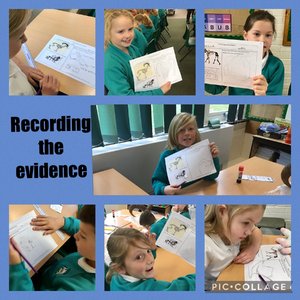 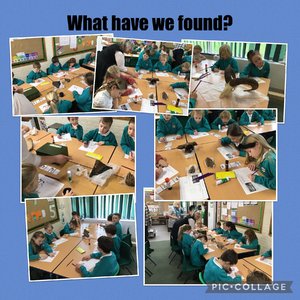 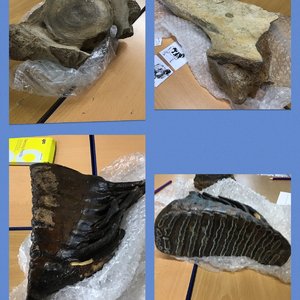 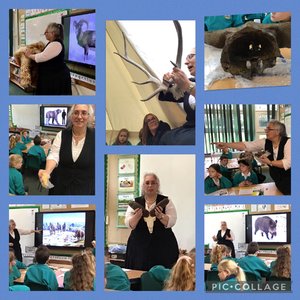